A hamburger button or control is basically 3x horizontal lines of equal length that review a side navigation panel. The going 'theory' is that it's called Hamburger because the top and bottom lines are the 'buns' and the middle line is the 'meat' or burger patty.

Visually its identical to the menu button beside address bar on Chrome Browser (for those 52% of viewers who use Chrome to view my blog!).

This newest little UX pattern is on the latest LinkedIn and Facebook app released just earlier this year. Jessica Lessin from 'WALL STREET JOURNAL' even did a feature article on "Hamburger Button" in March (2013) with a short video demonstration of the control on the WSJ app:

What’s a ‘Hamburger’ Button? A Guide to App Features

*IF* you are planning on using a Hamburger in your app, I have a few suggestions because this control is implemented so many different ways:


Therefore you would need at least these 3x ways: 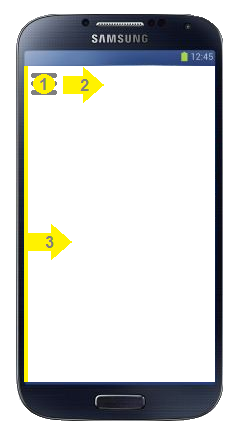 Well, there you have it.

If the trend stays the same, we're likely to see this control on just about everything, just like we saw the explosion for "Pull-to-Refresh". (Interestingly, for those of you who didn't see it, I think Twitter and Loren Britcher got it patented... but agreed to "only use his patent defensively"...)

Baring any radical changed, you should start to see the Hamburger on at least one Mobile SAP app that I have pushed for on at least two different platforms. SAP isn't a radical IxD shop, so when we're adopting it, it's "definitely" gone mainstream! ;)


p.s. Er...so that Hamburger control, it just three lines right? Well.. make you don't get it mixed up with the following somewhat 'similar' controls:

To be honest there are a of other very similar ones too, I could have easily expanded the list. It just goes to show you, it's all in the 'subtle' details, right?